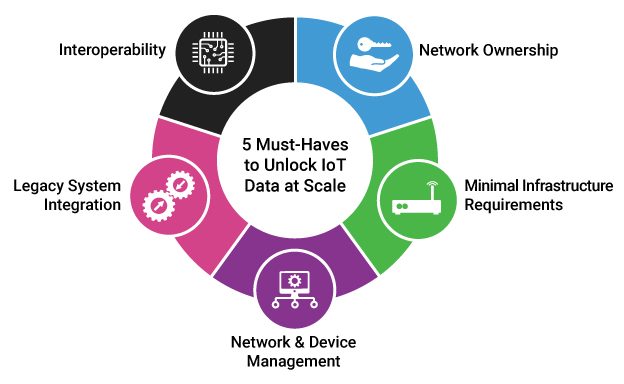 The benefits of IoT data are widely touted. Enhanced operational visibility, reduced costs, improved efficiencies and increased productivity have driven organizations to take major strides towards digital transformation. With countless promising business opportunities, it’s no surprise that IoT is expanding rapidly and relentlessly. It is estimated that there will be 75.4 billion IoT devices by 2025. As IoT grows, so do the volumes of IoT data that need to be collected, analyzed and stored. Unfortunately, significant barriers exist that can limit or block access to this data altogether.

Successful IoT data acquisition starts and ends with reliable and scalable IoT connectivity. Selecting the right communications technology is paramount to the long-term success of your IoT project and various factors must be considered from the beginning to build a functional wireless infrastructure that can support and manage the influx of IoT data today and in the future.

For many businesses, IoT data is one of their greatest assets, if not the most valuable. This intensifies the demand to protect the flow of data at all costs. With maximum data authority and architecture control, the adoption of privately managed networks is becoming prevalent across industrial verticals.

Beyond the undeniable benefits of data security and privacy, private networks give users more control over their deployment with the flexibility to tailor their coverage to the specific needs of their campus style network. On a public network, users risk not having the reliable connectivity needed for indoor, underground and remote critical IoT applications. And since this network is privately owned and operated, users also avoid the costly monthly access, data plans and subscription costs imposed by public operators, lowering the overall total-cost-of-ownership. Private networks also provide full control over network availability and uptime to ensure users have reliable access to their data at all times.

Since the number of end devices is often fixed to your IoT use cases, choosing a wireless technology that requires minimal supporting infrastructure like base stations and repeaters, as well as configuration and optimization is crucial to cost-effectively scale your IoT network.

Wireless solutions with long range and excellent penetration capability, such as next-gen low-power wide area networks, require fewer base stations to cover a vast, structurally dense industrial or commercial campuses. Likewise, a robust radio link and large network capacity allow an individual base station to effectively support massive amounts of sensors without comprising performance to ensure a continuous flow of IoT data today and in the future.

As IoT initiatives move beyond proofs-of-concept, businesses need an effective and secure approach to operate, control and expand their IoT network with minimal costs and complexity.

As IoT deployments scale to hundreds or even thousands of geographically dispersed nodes, a manual approach to connecting, configuring and troubleshooting devices is inefficient and expensive. Likewise, by leaving devices completely unattended, users risk losing business-critical IoT data when it’s needed the most. A network and device management platform provides a single-pane, top-down view of all network traffic, registered nodes and their status for streamlined network monitoring and troubleshooting. Likewise, it acts as the bridge between the edge network and users’ downstream data servers and enterprise applications so users can streamline management of their entire IoT project from device to dashboard.

Most traditional assets, machines, and facilities were not designed for IoT connectivity, creating huge data silos. This leaves companies with two choices: building entirely new, greenfield plants with native IoT technologies or updating brownfield facilities for IoT connectivity. Highly integrable, plug-and-play IoT connectivity is key to streamlining the costs and complexity of an IoT deployment. Businesses need a solution that can bridge the gap between legacy OT and IT systems to unlock new layers of data that were previously inaccessible. Wireless IoT connectivity must be able to easily retrofit existing assets and equipment without complex hardware modifications and production downtime. Likewise, it must enable straightforward data transfer to the existing IT infrastructure and business applications for data management, visualization and machine learning.

Each IoT system is a mashup of diverse components and technologies. This makes interoperability a prerequisite for IoT scalability, to avoid being saddled with an obsolete system that fails to keep pace with new innovation later on. By designing an interoperable architecture from the beginning, you can avoid fragmentation and reduce the integration costs of your IoT project in the long run.

Today, technology standards exist to foster horizontal interoperability by fueling global cross-vendor support through robust, transparent and consistent technology specifications. For example, a standard-based wireless protocol allows you to benefit from a growing portfolio of off-the-shelf hardware across industry domains. When it comes to vertical interoperability, versatile APIs and open messaging protocols act as the glue to connect the edge network with a multitude of value-deriving backend applications. Leveraging these open interfaces, you can also scale your deployment across locations and seamlessly aggregate IoT data across premises.

IoT data is the lifeblood of business intelligence and competitive differentiation and IoT connectivity is the crux to ensuring reliable and secure access to this data. When it comes to building a future-proof wireless architecture, it’s important to consider not only existing requirements, but also those that might pop up down the road. A wireless solution that offers data ownership, minimal infrastructure requirements, built-in network management and integration and interoperability will not only ensure access to IoT data today, but provide cost-effective support for the influx of data and devices in the future. 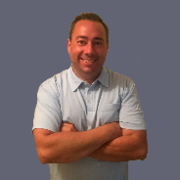 SAE J1939 (hereinafter referred to as J1939) is the recommended standard of the American Society of Automotive Engineers (SAE). digital communication between electronic components.