Amidst all the hype and wide-eyed growth predicted for virtual reality, it's often difficult for stakeholders to decide which of its two words to focus on. Will VR deliver only indirect, 'virtual' benefits to in the manufacturing industry or direct, tangible benefits that become a bottom-line ‘reality’? On this topic, today's hype will definitely become tomorrow's given. In both ways. Even in these early days, VR is already a game changer for the future and holds immense promise for almost every manufacturing vertical. This includes auto manufacturing, electronic manufacturing, and nearly every form of manufacturing there is.

VR might utilize complex technologies, but its innovation is easy to grasp. Simply put, VR is a logical, next-step evolution in our ability to communicate with each other and with groups. Five thousand years ago, literacy made our thoughts portable. Almost a century ago, the first talking movie made experiences portable. Thanks to technological progress, VR now lets us create and easily distribute new, richer experiences that go beyond the time and space limitations of today's media. Every manufacturing company that needs to convey something - to a client, a trainee, or an audience - will benefit from the VR paradigm shift.

Keep your eyes open, unless they are already behind a headset, for the incredible changes coming in the near future thanks to VR. Here are just a few we can expect to see:

Beyond sight and sound

Through VR, perceptual experiences can now take place in three dimensions; a major evolution in and of itself. This benefit is already in growing use throughout the engineering and manufacturing industries, where prospective clients can walk through environments and properties to make informed visiting or purchase decisions. For example, those in the engineering space likely use computer-aided drafting (CAD) as a tool to help their ideas come into fruition; imagine if those professionals were able to actually interact and communicate with their CAD masterpieces. Imagine being able to design a part not with a mouse and keyboard, but by picking it up with your hands in the virtual space. On the manufacturing side, imagine being able to test out how parts fit together with your hands before casting or molding them. Not only does virtual reality make this plausible, but it also makes it possible.

In the near future, engineers and manufacturers will be able to collaboratively work together in a revolutionary new way, making for a more seamless product development and manufacturing process. Projects will be fine-tuned by taking input from colleagues as well as the physical, hands-on challenges that the project itself presents. This will happen in real-time and seemingly “real-life” despite it being a computer-generated simulation. If both engineers and manufacturers had the ability to interact with their projects in a transparent, hands-on manner, their start-to-finish times would decrease and there would be skyrocketing numbers inefficiency. Not to mention better product design and less need for re-dos or last-minute changes in the manufacturing plant.

VR moves us beyond the limitations of the two senses used in today's communications: sight and sound. By way of hardware peripherals, VR experiences will include tactile and other sensory information to further emulate physical reality. If seeing is believing, what is touching worth? Customers will be able to feel the material before they buy that suit or curtain. Doctors will practice removing that tumor on the patient’s heart before doing the dangerous procedure in real life. Wearables will produce and extract additional sensations for and from the user. Manufacturing companies will get to see a preview of what the real production line will look like and how it will work.

Multiple paths to the right message

More than any existing media, VR can provide an experience that's genuinely interactive and able to switch the narrative flow in real time. The user, the author, the publisher, and even the audience can all influence activity to a directed outcome, whether it's an informed trainee, a successful sale or a storybook happy ending. The gaming industry has long been pioneering these open-narrative experiences through 'quests' where the user determines the action, as well as through networked games, where multiple participants can affect actions and outcome simultaneously.

It can be argued that virtual reality, and its recent boom in growth, can be attributed to the gaming industry. As gamers pushed for games that are more realistic, have better graphics, and are more immersive, VR was born. Though, the past has taught us that a technology’s future is not limited to its origin. Despite VR’s roots being in the gaming industry, it is already spreading into other areas of the world.

If one were to transpose gaming into the business world, a quest could be compared to any transaction or negotiation. The action involves the presentation of persuasive information (such as a proposition or product demo) by one party, while the other decides whether the choice is compelling. If so, deeper interest is expressed and deeper content invoked. If not, alternative content is delivered or selected. While this is happening, a third-party distributor of the content might be deciding, through AI and selective data, which content to serve to which user in real time. An outside audience, such as a focus group or other customers, could steer the details and outcome. VR does away with the one-sidedness of linear experiences like video. It subsequently allows for more accurate, more realistic, and more informed product feedback decisions.

Perhaps most importantly is the direct connection VR establishes between customer and manufacturer. Aside from small focus groups and beta-testers, manufacturing companies are highly restricted when it comes to letting users get their hands on a product until after it has been widely manufactured. Virtual reality will allow a manufacturer to put a tangible, interactive product in a customer’s hands without ever physically manufacturing it. Not only will this save time and money, but it will also allow the manufacturer to identify changes and apply them before physically producing a large run of the product.

What if there were a Skype for physical presence? Short of the matter transporter that Trekkies dream about, VR will be our closest answer. What if you could invite thousands to a physical venue that only held a dozen? What if a company's best global talent could interact on the same project in real time without travel? What if companies could train new employees through real-world simulations, rather than procedure manuals and explainer videos?

The immersive aspect of VR makes all this possible. Today's teleconferencing will seem archaic in comparison to VR's shared group experiences, where one-to-one can take place at the same time as one-to-many. Our most acute human assets will re-emerge through this technology. Physical cues like eye contact and body language will matter again. Even if two people are on opposite sides of the globe. Who's paying attention and who's not will be obvious once more. Naturally, this will all be captured as data. However, it will seem as natural as shaking the hand of someone in the same room once you slip on the headset. Simply imagine the impact that this will have on how business is done in the near future.

When it comes to manufacturing, it takes two things to have a great operation: cost-effectiveness and production of a good product. When you combine both of these things, you have an operation primed for success and profits. Though they are both achievable through today’s traditional methods, as evidenced by the manufacturing companies of today, VR will make the process of getting there easier and more accessible.

Those in the manufacturing industry know how much money is spent on correcting mistakes, re-doing things, and going back to fix problems that could have been avoided in the first place. With VR, leaders in manufacturing will be able to run simulations that examine nearly every aspect of the manufacturing process. This will practically eliminate the costly mistakes and poor projections that cost so much money. In turn, these companies will see much higher profits and quickly pay off the investments they have made in VR.

Even more so, employers will be able to train employees more effectively and more efficiently. This will drastically cut back on paid hours of training time, days off for training or conferences, and more. By having employees who are better trained run a facility, the manufacturing process will ultimately be smoother as a whole, further eliminating mistakes and problems.

Which industries will benefit from VR? All of them. The only catch? VR technology must become more adept, standardized and accessible. In these early days of a global technology shift, the sentiment is still mixed. According to the Consumer Technology Association, users have trouble finding the content they want, and without it, headset usage - and interest - declines. Fortunately, there are hordes of talented developers working on the content needed as you are reading this. In the coming days, content libraries will begin to fill up and one-by-one large corporations and small businesses alike will embrace the positive change that VR brings.

In time, arguably a short amount of time, VR will be a complete game-changer. It will revolutionize the business, engineering, medical, and manufacturing worlds and elevate them to new heights. Efficiency will be bolstered, communication will be more natural, and product development will be seamless. So, although the word ‘virtual’ is in the name, you can expect nothing less than ‘reality’ when it comes to the impact VR will have in the near future; both for the business enterprise and for the human enterprise.

Joseph Zulick is a writer and manager at MRO Electric and Supply. 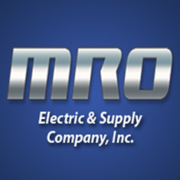 Joseph Zulick is a writer and manager at MRO Electric and Supply. HE has an affinity for IoT, AI, and evolving as technology evolves.