Everyone living in a major city is no stranger to the stress of parking. Depending on where you live, it can take as little as a few minutes or as much as an hour or more to find a proper parking spot. According to a recent study, drivers in the UK spend an average of 44 hours a year looking for parking spaces. Drivers in New York not surprisingly spend an average of 107 hours a year, which equals four and a half days, searching for that prime parking spot.

Although the stress of parking is enough to drive anyone crazy, it also has negative economic effects. According to Cisco, 40% of drivers say they avoid driving into cities due to parking limitations. This decrease in a downtown population can cause businesses to suffer, and possibly even close, as seen in various areas throughout Britain.

As cars began to gain popularty during the 1920s, you would expect that we would have found a solution to this problem by now. Perhaps, we finally have. Blockchain technology may be the next step in providing smarter parking solutions and by effect alleviating drivers’ stress.

Changing the Way We Park with Blockchain

Blockchain is much more than technology which brought forth bitcoin and other cryptocurrencies. It has found a variety of uses throughout industries. Banks, hospitals and multiple other sectors are beginning to use blockchain to revolutionize the way they do business.

Blockchain is now being used to manage supply chains and logistics to streamline companies’ outdated paper-based systems. However, it is not only businesses that are benefitting from blockchain — soon drivers will be able to benefit as well. With its use of smart contracts and tokens, blockchain has the potential to automate many services which currently devour our time and hold us hostage behind a wheel.

Pairing the Internet of Things with Blockchain to Ease Our Stress

Three companies, NetObjex, Advantech, and PNI Sensor Corp. are currently working on a solution to improve the way we park with the Internet of Things (IoT) and blockchain. Each company offers services that when merged can provide parking automation like something out of a sci-fi movie.

NetObjex blockchain services equip vehicles with crypto wallets to automate parking transactions. PNI Sensor Corp.’s PlacePod is an IoT-enabled smart sensor placed in parking spots to detect when they are taken. Advantech’s Parking Service System provides the hardware and cloud service for the entire program to operate. Merged together, these three services automate transactions, show vacant parking spots, and display directions for getting there.

Reserve a Parking Space with PARKRES

Using a state-of-the-art sensory network which tracks and manages parking spots throughout a city PARKRES provides a parking reservation system aimed to reduce the time we spend in our cars. Customers of this system can pay for parking with cryptocurrencies or fiat through phone, auto payments, online, or through monthly subscriptions.

With this service, the goal of the PARKRES team is to reduce carbon emissions and traffic congestion throughout cities around the globe. Ultimately, the service will utilize both IoT and blockchain in order to provide a real-time parking app to its users. This is just one of the many steps taken by companies to change the way we think about parking.

Similar to PARKRES, Cryptoparking combines blockchain and IoT technologies to provide a solution to the global parking problem. Cryptoparking’s IoT-based smart parking management system utilizes cameras and sensors to find the closest and cheapest parking spot near the service users.

Revolutionizing Parking with Blockchain and IoT

Although relatively new, blockchain technology holds the key to providing solutions to many societal problems, making news around the world as a technology which could eventually change the way we live. No longer will drivers need to roam through streets searching for the optimal spot, no longer will they need to park blocks away from their intended destination. With blockchain and IoT technologies, the parking problems of today will eventually become a thing of the past.

The only things holding this technology back is the lack of mass adoption as many are still hesitant to try it out. Yet as blockchain use cases continue to build, we can only hope that it will soon be adopted in order to finally rid drivers of the stress associated with parking in large cities.

Views: 169
E-mail me when people leave their comments –
Follow
Posted by Eugene Rudenko 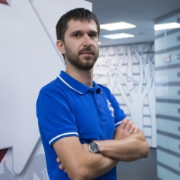 Eugene is a seasoned marketing professional with years of experience in creating and executing full-cycle digital marketing campaigns for companies in IoT, Healthcare and other industries.