The following is from a Mind Commerce interview with residential owner/installer/operator:

“ I got into the home automation craze by accident when one of my managers described what he was doing.  After looking at it, the added convenience, security, and cost savings made me a believer.  The overall category of devices that I use are the Internet of Things (IoT). ”

“ My setup is as follows:

As an advanced user*, he also had this to say:

*Note: Remember, this is a more advanced, tech user.  However, IoT is increasingly becoming part of the consumer lexicon!! 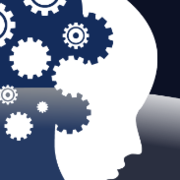