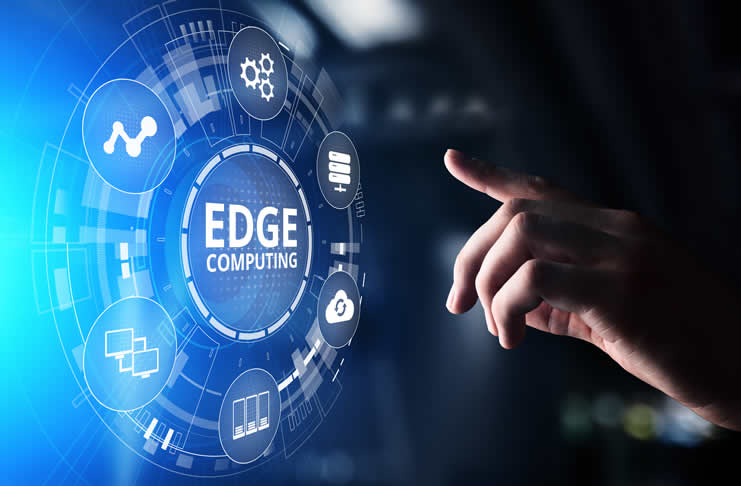 Edge computing brings a number of benefits to the Internet of Things. Reduced latency, improved resiliency and availability, lower costs, and local data storage (to assist with regulatory compliance) to name a few. In my last blog post I examined some of these benefits as a means of defining exactly where is the edge. Now let’s take a closer look at how edge computing benefits play out in real-world IoT use cases.

Many applications have strict latency requirements, but when it comes to safety and security applications, latency can be a matter of life or death. Consider, for example, an autonomous vehicle applying brakes or roadside signs warning drivers of upcoming hazards. By the time data is sent to the cloud and analyzed, and a response is returned to the car or sign, lives can be endangered. But let’s crunch some numbers just for fun.

Say a Department of Transportation in Florida is considering a cloud service to host the apps for its roadside signs. One of the vendors on the DoT’s shortlist is a cloud in California. The DoT’s latency requirement is less than 15ms. The light speed in fiber is about 5 μs/km. The distance from the U.S. east coast to the west coast is about 5,000 km. Do the math and the resulting round-trip latency is 50ms. It’s pure physics. If the DoT requires a real-time response, it must move the compute closer to the devices.

Critical infrastructure requires the highest level of availability and resiliency to ensure safety and continuity of services. Consider a refinery gas leakage detection system. It must be able to operate without Internet access. If the system goes offline and there’s a leakage, that’s an issue. Compute must be done at the edge. In this case, the edge may be on the system itself.

While it’s not a life-threatening use case, retail operations can also benefit from the availability provided by edge compute. Retailers want their Point of Sale (PoS) systems to be available 100% of the time to service customers. But some retail stores are in remote locations with unreliable WAN connections. Moving the PoS systems onto their edge compute enables retailers to maintain high availability.

Bandwidth is almost infinite, but it comes at a cost. Edge computing allows organizations to reduce bandwidth costs by processing data before it crosses the WAN. This benefit applies to any use case, but here are two example use-cases where this is very evident: video surveillance and preventive maintenance. For example, a single city-deployed HD video camera may generate 1,296GB a month. Streaming that data over LTE easily becomes cost prohibitive. Adding edge compute to pre-aggregate the data significantly reduces those costs.

Manufacturers use edge computing for preventive maintenance of remote machinery. Sensors are used to monitor temperatures and vibrations. The currency of this data is critical, as the slightest variation can indicate a problem. To ensure that issues are caught as early as possible, the application requires high-resolution data (for example, 1000 per second). Rather than sending all of this data over the Internet to be analyzed, edge compute is used to filter the data and only averages, anomalies and threshold violations are sent to the cloud.

Benefit No. 4: Comply with government regulations

Countries are increasingly instituting privacy and data retention laws. The European Union’s General Data Protection Regulation (GDPR) is a prime example. Any organization that has data belonging to an EU citizen is required to meet the GDPR’s requirements, which includes an obligation to report leaks of personal data. Edge computing can help these organizations comply with GDPR. For example, instead of storing and backhauling surveillance video, a smart city can evaluate the footage at the edge and only backhaul the meta data.

Canada’s Water Act: National Hydrometric Program is another edge computing use case that delivers regulatory compliance benefits. As part of the program, about 3,000 measurement stations have been implemented nationwide. Any missing data requires justification. However, storing data at the edge ensures data retention.

Bonus Benefit: “Because I want to…”

Finally, some users simply prefer to have full control. By implementing compute at the edge rather than the cloud, users have greater flexibility. We have seen this in manufacturing. Technicians want to have full control over the machinery. Edge computing gives them this control as well as independence from IT. The technicians know the machinery best and security and availability remain top of mind.

By reducing latency and costs, improving resiliency and availability, and keeping data local, edge computing opens up a new world of IoT use cases. Those described here are just the beginning. It will be exciting to see where we see edge computing turn up next.