Augmented Reality not only enhances reality through virtual and bundled information, but also offers untapped opportunities for companies and their customers. This technology can significantly support customers in processing information more efficiently and relieve them cognitively. Early adopters such as Amazon and IKEA are already using augmented reality in online shopping for product demonstrations. This gives customers a more comprehensive insight into the product, which supports their purchase intention. Industry is already using the technology in a more versatile way and exploiting the advantages, for example, in engineering, in production, in service or for employee training. This justifiably raises the question of why this potential of AR is not also being exploited at the customer level.

For customer participation, it would be groundbreaking to reliably empower customers in their contribution to involvement, regardless of their skills and prior knowledge. In the future, customers would no longer have to bother with paper instructions when assembling furniture but would be able to follow work instructions more easily using their smartphones. This can also be applied to other everyday situations, such as repairing one's own bicycle or helping to indicate a malfunction in the heating system when it displays a message again.

The examples listed all have the common feature that AR acts as a medium for guided work instructions so that customers can be supported more efficiently in their actions. As an expert in the field of AR and IoT, I have questioned at this point whether there really an increase in efficiency is, how this possible increase in efficiency makes itself felt, and how the effects could be explained. To get to the bottom of the problem, an empirical survey was designed in which a 26-step assembly task had to be accomplished. The test persons were divided into two groups. While the experimental group received instructions in an AR app via iPad, the control group worked with classic paper instructions. After the experiment, all participants were asked about their subjective perceptions during assembly using a standardized questionnaire.

The results of the empirical study are in line with the media perception or hype of augmented reality. The members of the experimental group had a significantly shorter processing time, made significantly fewer errors and were more satisfied overall with the assembly task. Based on the subjective perception of our test subjects, it can be shown that the increase in efficiency on the part of the experimental group can be explained by a reduction in their cognitive load.

Overall, the survey not only reveals efficiency gains using augmented reality, but also raises the prospect of other factors. The participants were more efficient in their actions and were also significantly more satisfied with the process. According to existing marketing literature on satisfaction, it follows that there is an increased repurchase intention, an increased willingness to pay, positive eWOM, and sustained customer loyalty. It can be shown that the use of augmented reality can not only reduce existing costs by increasing efficiency but promises additional revenue. With the advancement of technical realities in private households, the use of AR at the consumer level is no longer a utopia. The technology is ready! So, are you? 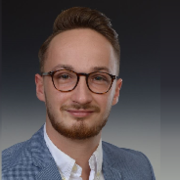 During my time in business school, I was already very interested in the topics relating to digital transformation. . My studies culminated in writing my master's thesis on the topic: the impact of augmented reality on customer participation. I have been with Cpro IoT Connect for 2 years now, where I play a key role in overseeing the Augmented Reality department. Through exciting customer projects, I was able to gain versatile insights into the use of AR in industry, but I am also interested in the consumer market on my own initiative. As a PTC Solution Provider, we focus primarily on PTC's Vuforia product line for augmented reality solutions. In the medium term, I would like to carry out more in-depth AR projects and further position the AR market both in the industry and at the consumer level.