We are looking for your predictions in IoT for 2017. What are the big and small moves that will mark IoT in 2017? Will there be platform consolidation? What will happen with security? All our members and friends are invited to send predictions to us. For inspiration grab a crystal ball, or review our 50 Predictions for the Internet of Things in 2016. Send your predictions directly to me with a message here. I will compile the best predictions and publish later this month.

Valueable contributions appear in this issue of IoT Central digest including a MQTT library demo, a look at the open source for IoT software stacks, the software platforms that matter and more.

What Bruce Schneier teaches us about IoT and cybersecurity 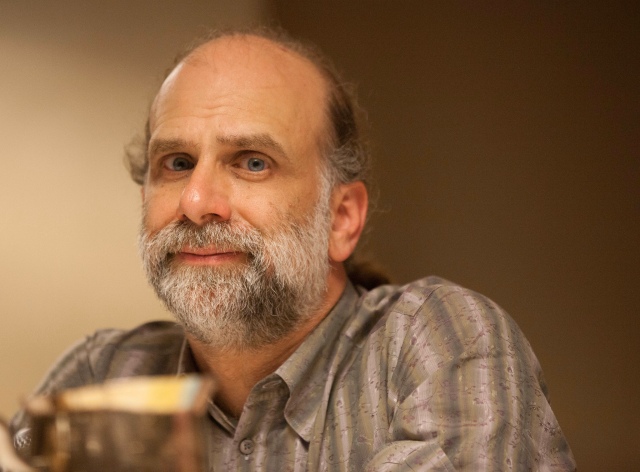 As if I haven’t said it a million times, IoT security is critical. But just when I thought I had it all figured out, somebody comes along and sheds new light on this very important topic in a different way. At a November 16 hearing held by the Congress Committee on Energy and Commerce in light of the devastating October 21 Dyn DDoS attack, famous cryptologist and computer security expert Bruce Schneier offered a new perspective on IoT security, which makes it easier for everyone to understand the criticality of the issue. After watching it at least three times, I decided to share the main concepts with the readers of TechTalks. Here are the key takeaways, which I’ve taken the pain to elaborate on.

Posted by Nate Vickery
Two years ago, IBM announced a groundbreaking partnership with another colossal tech pioneer – Apple, in order to enhance the mobile enterprise space. In little over 25 months, the two companies have declared a major breakthrough – on October 25th, IBM officially announced that the company will incorporate the famous Watson capabilities into the MobileFirst for iOS ecosystem. The integration will bring deep data analysis, natural language processing and even more features to iOS 10.

In the previous article, Three Software Stacks Required to Implement IoT , we introduce the 3 software stacks that are required for any IoT solution: 1) Constrained Devices, 2) IoT Gateways and Smart Devices, and 3) IoT Cloud Platforms. In part 2 of this series, we discuss how open source software communities and in particular the Eclipse IoT open source community is becoming a key provider of the building blocks required to implement each of the three software stacks. Similar to how the LAMP (Linux/Apache HTTP Server/MySQL/PHP) stack has dominated the web infrastructures, it is believed a similar open source stack will dominate IoT deployments.

Three Software Stacks Required for the Internet of Things (IoT)

In parallel to the emerging IoT industry, the general software industry has moved towards open source as being a key supplier of critical software components. The phrase “software is eating the world” reflects the importance of software in general, but in reality the software industry is now dominated by open source. This is true for key software categories, including Operating Systems (Linux), Big Data (Apache Hadoop, Apache Cassandra), Middleware (Apache HTTP Server, Apache Tomcat, Eclipse Jetty), Cloud (OpenStack, Cloud Foundry, Kubernetes), and Microservices (Docker). The purpose of this article is to look at the new technology requirements and architectures required for IoT solutions.

If you want to capitalize on all the amazing advancements in data science take a look at these two hot growth areas for IoT.  It's likely that these will be where a lot of venture capital is invested over the next year or two. A lot of well deserved attention is being directed at speech, image, and text processing.  The tools in this area are the CNNs and RNNs we've reviewed in recent articles.  We'll continue to exploit and refine these capabilities probably for several more years but if you want to get out in front you really need to be looking for the next wave.  We think we've spotted two areas of emerging opportunities where there's not yet a lot of competition but soon will be.

What is Deep Learning ?

Remember how you started recognizing fruits, animals, cars and for that matter any other object by looking at them from our childhood?
Our brain gets trained over the years to recognize these images and then further classify them as apple, orange, banana, cat, dog, horse, Toyota, Honda, BMW and so on. Inspired by these biological processes of human brain, artificial neural networks (ANN) were developed.  Deep learning refers to these artificial neural networks that are composed of many layers. It is the fastest-growing field in machine learning.

Why The Aviation Industry Needs to Hurry Up With IoT Implementation

With their billions of annual captive customers, one would think that airports, and by logical extension, airlines, were prime candidates for the implementation of the Internet of Things (IoT) technology to improve passenger experience, yet, there’s not been much progress there. Yes, airlines and airports have started “experimenting” with IoT, but unlike say the health or medicine sector, progress has been comparatively slow.

Will There Be A Dominant IIoT Cloud Platform?

When you think about consumer cloud platforms, which ones come to mind? Amazon AWS, Microsoft Azure and Google’s Cloud Platform are likely to be at the top of your list. But what about industrial cloud platforms? Which ones rise to the top for you? Well, GE’s Predix, Siemen's MindSphere, and the recently announced Honeywell Sentience are likely to be on any short list of industrial cloud platforms. But they aren’t the only ones in this space. Cisco's Jasper, IBM’s Watson IoT, Meshify, Uptake, and at least 20 others are competing to manage all those billions of sensors that are expected to encompass the Industrial Internet of Things (IIoT). Which one do you think will end up dominating the market?