Back in the early 2000 era, the idea of connecting various devices and granting them access to other authorization apps was quite rare. However, in today’s time, this thought is omnipresent in all sorts of industries. Hardware components decide the cost, abilities, experience, and application of an IoT product. Unfortunately, only 20% of IoT professionals can deal with this part as the skills required are quite different from those dealing with the software portion. Hence, building products using this technology is not as easy as it seems. Since the innovation of Internet-enabled appliances is comparatively new,  security is also a big threat while dealing with the hardware circuitry of these products.

Irrespective of the device being designed, the building blocks of almost every IoT device is likewise. The three most prominent hardware components used in this technology are:

These components provide different experiences depending upon the use they have been put up for. But their physical topology always consists of these three elements.

For instance, it is really cumbersome to take real-time recordings of the sensor in a thermostat while regulating the other parameters at constant intervals. The sensor takes time to register the change as the factors like room temperature cannot be altered rapidly.

Also, in an automated industry or office, the conveyor belts need to be regulated frequently. If not, the motor might start to make inarticulate sounds subjecting to a change in the applied load. If some rapid adjustments aren’t made pertaining to the change in load, it might even heat up causing a smoldering smoke to emit.

The aforementioned examples suggest how it is important and quite mandatory to have a clear knowledge of the design being implemented, so as to select the correct components for the required task. The predominant jobs of sensors, microcontrollers or the communication mechanism do not change with respect to the IoT application. In the first case, the sensor will record different temperature readings of the HVAC (Heating, Ventilation, Air Conditioning) system and similarly in the second instance, it records the conveyor belt frequencies generated by the motor driver. This output is further fed to a signal conditioning circuit which enhances and adjusts the readings to make them readable by the next building block. Next, the microcontroller handles the sensor output to act upon the temperature of the room or the speed of the conveyor belt. The controller of the motor is also adjusted. Lastly, the medium or the communication circuitry has an established connection with the resources of cloud computing that helps scrutinize the information given by the conveyor belt sensor or updates the owners about their changed room temperature. 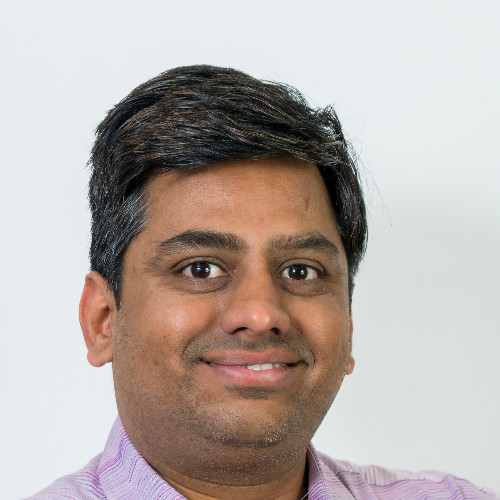 However, problems are never stopping signs but guidelines. Commenting on the reason why Hurify, an online IoT hardware store, was founded, its CEO Chandramouli Srinivasan says “We launched our marketplace in April to address the complexity around fulfilling hardware needs of an IoT project. Easy access to hardware products coupled with a global shipment commitment simplifies management of IoT hardware acquisition for a project owner. Additionally, the marketplace creates real utility for the HUR token – the only medium of exchange on our platform. We view this as foundational to our goal of being a one-stop solution for IoT development”. To overcome the eminent problems being faced by the world in designing IoT products, Hurify has created a unique marketplace for IoT’s hardware components but also developed HUR tokens as their only medium of exchange. This enhanced the transparency as well as the reliability of the components being bought. Also, every kind of component is in the same place hence loitering about on websites to find the perfect hardware is no more required. This startup is thus surely bringing the IoT journey to life.

While being carried over the internet protocol, the data can be tunneled from the sensors to the applications in order to encrypt it end-to-end thereby enhancing its network security. The other factors which need to be enlightened upon are the validation between a device and server, the integrity of the information and its confidentiality alongside the creation of a safe session key. In the year 1995, Netscape had released the first public SSL (Secure Socket Layer). The purpose behind the same was to allow online clients to exchange information in the safest possible manner. They used applicative distant servers to deliver any form of media or data irrespective of their OS. Client authentication was completely based upon secure and private end-to-end transmission, not disclosing passwords to any third party website and; by keeping the hackers at bay. This authentication was achieved by using the same unique key on both the transmitter and receiver sides of the channel. Now, to distribute this unique key without its exposure, the technique of asymmetric cryptography was brought to light where a unique key was secretly shared between the entities even on a public medium without the need for the key to being exposed.

The purpose of this article was to introduce the basics of IoT from a device point of view. To be precise, everyone needs to be equally aware of the type of hardware to be dealt with alongside having the knowledge of the software aspects of the technology. There’s still a wild west out there regarding IoT hardware. Even the product managers need to have a proper understanding of the prominent components required rather than holding an expertise in all the areas of this technology. This will also clarify their knowledge of how the end-to-end IoT solutions are put together.