I was having a LIN conversation with a professional in the lighting industry recently, and we were commenting and postulating on the slow adoption of IoT and cloud connectivity. He brought up that Microsoft will be releasing their Smart Building solution soon, and that may help accelerate adoption. The logic is sound: better tools = easier for developers to launch connected products and hitch them up with existing services and systems.

As a founder of a company that makes tools for integrating IoT systems, I'm always enthusiastic to see new tools, especially those released by the big guys. We've made a business on harmonizing the best features across a myriad of best-in-class yet disparate systems by integrating them and making them accessible with open APIs and abstraction layers. But it's because of this boots-on-the-ground experience that I object that better tools will be the panacea for IoT product development.

Disclaimer: these are my general observations of our market, and I'm sure I have blind spots I'm not aware of. In my experience, better tooling doesn't necessarily translate to better products, at least not "better enough." There are just too many strategic business and design choices to make that go far beyond the tactical menu offered by any one toolbox. The market is asking the equivalent of a company that has been building internal combustion engine cars to turn on a dime and start building flying electric cars-- different equipment, training, and expertise. Assembly required, batteries not included, choking hazard. It takes time to normalize to new tools and the processes around them, and it doesn't happen by itself. Id est, even talented teams aren't guaranteed competence in complex technology landscapes.

A real problem that remains to be solved is that companies, particularly product teams early in the journey, are unaware of the landscape of their "unknown unknowns." And for the first time in a long time, those unknown unknowns aren't focused in any one area but rather span entire companies-- how to sell it, how to find the right partners, how to innovate new features and monetize them, how to design for scale, how customer support is impacted. Interplay, crosstalk, and collaboration have become selected for in the heretofore siloed world of business units. Today's PM or C-suite in IoT is sitting in front of a nuclear power plant control panel for the first time, wearing beer goggles with an attached kaleidoscope. The dials, knobs, and switches are distorted or unseen, and practically every setting and every change has the risk of being more wrong than right, and catastrophically so.

So, IoT projects often stagnate because decision making is hard; because the dials, knobs, and switches are unseen or poorly understood, and decision-makers don't want to break anything. More than anything, many of the companies we encounter yearn for the opportunity to sit on the same side of the conceptual table of their supporting vendors, and customize what essentially will become the innovation command center for their product teams. This is driven by a need for and a desire to own the process of creating their special sauce-- the line between what is outsourced vs. handled internally is critical to innovation lifecycles. Outsource too much, and one becomes beholden to their vendors' cycles; too little, and the tech roadmap becomes unmanageable.

Despite a stable of analysts across the industry, the predictions of growth in IoT span 3 orders of magnitude, all with vastly different ways of quantifying things. For example, if a car has a WiFi chip in it, is the $80,000 price tag added to the IoT tally, or just the $5 WiFi chip? Are only “headless” devices considered or are mobile devices counted too? If one were to look behind the numbers, work with the product teams, talk to retailers, visit factories, test with consumers, one would come to the conclusion that IoT adoption is slow, much slower than expected, and poorly understood. Most people don’t even know what “IoT” is. In response, the industry has alternated from blaming a lack of consumer understanding, technological fragmentation, having inadequate tooling… but these are lazy answers, and are symptoms of the problem rather than the problem. IoT adoption is slow because most companies have yet to identify the sets of market needs that are addressable with hardware-as-a-service.

This has led to unsustainable products and a lot of graves-- without identifying a way to create post-launch revenue (ambiguous promises about data don't count), the specter of server bills and bloated software costs looms like Slender Man in the forest. Incorporating market needs to the development feedback loop is a near impossibility for companies in the throes of doing all things product-- integrations demanded by channel partners require major feature development, and every line of code inevitably starts to fill up the cement boots that product teams will struggle against in the future, and likely with different team members due to natural company churn. Fun fact: programmers don't like to fix other programmers' code.

Bottom line, product team training and instilling development best practices is essential for IoT product development. IoT introduces business and technical factors that are as fundamentally different to this world as the internet was for the 90's world. Like most other markets, it's much faster and cheaper to learn the best practices that someone else wrangled from the jaws of defeat. A focus on training better prepares product teams, regardless of where they are in the product development lifecycle. In this case, the old adage of "if you have 3 hours to chop down the tree, spend 2 hours sharpening the axe" manifests itself as launching third generation features in V1.

Let's all together stop blaming circumstance and predict the future by inventing it. It’s worth it. 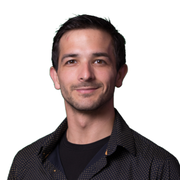