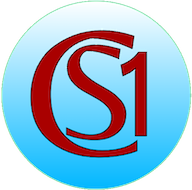 Elements of IoT are being shared with secondary students in classrooms all around the world.  My contribution to this educational arena has been toward the design and implementation of IoT curriculum.  My first attempt at such a curriculum was in partnership with a technology camp company called Young Hacks Academy for which I designed their IoT curriculum.  You can see a presentation of the core curriculum here.

Please reach out to me if you are interested in raising the bar for IoT in secondary education.

Two years back when my employer asked me to take over the role of an IoT project manager, my first reaction to that was “Why me”? It was quite an obvious response you get when ask a mechanical engineer to jump into the IT world and to start dealing with terminologies like data protocols, cloud, database, microservices and so on. There are then two ways to handle this kind situation: Either you quit or to take the challenge. I (luckily) went for the second option.

The major issue which the companies, pursuing digital transformation around the globe, facing is the lack of expertise. You cannot fire 50% of your existing staff just because they cannot program or cannot describe a cloud. On the other hand, the market (still) lack some comprehensive training or courses which can help the individuals with no IT background to undergo the transition from non-IT to basic-IoT and finally to advance IoT. To sum up, it comes down to two issues: Companies want to pursue digital transformation, but they lack expertise, and the existing staff is not capable of filling this gap.

Let’s not consider the worst case scenario (though they exist) in which firms fire thousands of their once loyal employees and outsource the development projects to IT service provides. There is another way out in which employees take the initiative in their hand and start teaching themselves IoT in an easy and at the same time productive manner. Here are my three (proven) tips in this regards to fellow non-IT colleagues.

Tip 1: Learn something new and narrate it to your spouse:

Try explaining to your wife what the terms cloud, gateway, data protocol, digital twin etc. means. Do this in a way that you can map it onto his or her daily routine. For instance explain your spouse the concept behind the smart home or an intelligence dishwasher which calculates the number of cycles executed, amount of water, load and so on. This dishwasher speaks a unique language which is called MQTT which allows him to talk to the internet which in turn using some analytics try to make this dishwasher intelligent.

If you are lucky enough then your spouse has almost nothing to do with the topic of IoT. That makes the task more challenging but will have a better outcome. This since you have to break down every buzzword into a simplified form to make the explanation quite easy. The more and more in-depth you explain, better you will get with the topics of IoT.

Tip 2: Write a blog on IoT or related topics:

That’s one of the reasons I am here. I wrote my first blog in 2017 on RAMI 4.0 topic. The idea here was not to get people’s attention but to gain an insight on the subject. You cannot write an article on a topic before doing intense research on it. I was finding it difficult to understand the concept behind RAMI 4.0, so I decided to write on it. The best thing about these kinds of blogs is that they result in some discussion which in turn enriches your knowledge about the topic.

Here again, I would like to the point that you are not writing to impress someone but to make yourself and other non-IT individuals understand the concept behind a particular IoT topic. Last but not the least, keep the article and the content as simple as possible as Steve House said: “The simpler you can make the things the richer the experience becomes”.

Tip 3: Buy yourself a single board computer and start experimenting:

I am not marketing raspberry pi or any other single board computer here, but these devices are small wonder box which can show you the way to a “self-developed” IoT use case. What you need is a small programmable computer or an IoT device which you can customize depending on the type of use case you want to try. I decided for pi 3 since they are lots of literature and videos available on the net explaining IoT projects with Pi. The next step is to get a demo version of a cloud service provider of your choice and visit the tutorial page. You do not have to be an IT expert to try some of the use cases mentioned there. The examples cited there are described a simplified way and is like putting LEGO blocks together. I used the Microsoft Azure platform and tutorial to program a use case which sends an alarm /e-mail notification in case of temperature higher than 25 degrees C.

The step by step description of the use case can be found at Azure tutorial (docs.microsoft). If you follow these carefully then your solution would look something like this: Here for instance, if the temperature is above 25 degrees C, the signal is set to “true” and is transferred to your IoT hub within Azure using service bus. There the logic –App takes this information, process it and trigger the notification (G-mail-send email 2 function) to my Gmail. The screenshot below shows the number of incoming requests (from Pi to IoT Hub) as well as the outgoing messages at one particular run.

I did not program even a single line here. So what’s holding you back? Start writing a blog or grab yourself an IoT device and start experimenting.