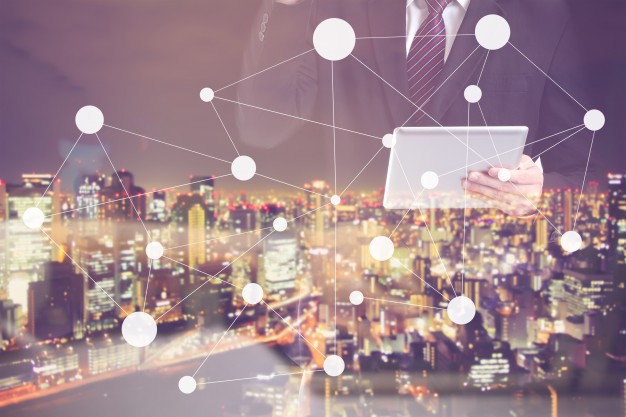 Over the years, there has been an extensive shift of digitalization that has called for new concepts and new technologies. Especially when it comes to improving human life and reducing effort in routine tasks, one thing that has gained immense popularity is the very idea of IoT.

The Internet of Things (IoT) is a network of physical objects (vehicles, devices, buildings, and other items) embedded with software sensors, electronics, and network connectivity to collect and exchange data. It is the network of those inter-connected objects or smart devices that can exchange information using a method of agreement and data schema.

According to Statista, the total installed base of IoT (Internet of Things) connected devices worldwide estimated to reach 30.9 billion units by 2025, a significant increase from the 13.8 billion units anticipated in 2021.

Do you know how IoT works? Well, IoT devices are capable of providing automated facilities because they have inbuilt sensors and mini-computer processors, in which sensors collect the data with the help of machine learning. But unfortunately, these devices are connected to the internet and are more vulnerable to hacking and malware.

Nevertheless, we are living in the digital world where your car will soon be a better driver than you, and your smart security systems will provide:

Your smart refrigerators will better communicate with the internet. It will be more responsible for ordering your grocery items. All these miracles can happen with automation and the advancements of embedded systems into the Internet of Things.

However, improving the performance and quality of such systems is a significant challenge because IoT devices generate a large variety and volume of data that are difficult to test if the IoT testing service provider that you’ve hired for testing doesn’t have the best resources, tools, test environments, and test methods to ensure the quality, performance, speed, and scalability of such systems. Consequently, IoT testing services are the key to ensuring flawless performance and functionality of your IoT systems.

As long as it comes to testing of IoT devices, organizations face severe challenges that you can discover below:

Every IoT device has its own hardware, and this device is dependent on software to operate it. When it comes to integration, IoT devices require application software to run commands to the devices and analyze data collected by the devices. Also, each device comes with different operating systems, versions, firmware, hardware, and software, which may not be possible to test with various combinations of devices.

Before conducting testing on IoT devices, one needs to collect information from the end-users about which software they’re using to run the IoT devices. One of the most widely used cloud IoT platforms that assist in connecting different components of the IoT value chain is IBM Watson, Azure IoT, and AWS, among others. To run IoT devices across all cloud IoT platforms, it is necessary to consider the experienced IoT testing service provider or experts from the software testing company, mainly those who are well-versed in the testing of cloud IoT platforms and can ensure their practical usability.

One should know about an IoT environment and understand how devices generate data with a wide variety, velocity, and veracity. Make sure IoT devices produce the data into a structured or unstructured form and then send the enormous amounts of data to the cloud. If you plan to get IoT testing services, you need to test your IoT application across various platforms. Testing should be performed in a real-time environment. If the device often introduces firmware updates or new version upgrades, it is crucial to perform specific testing by keeping all such factors in mind.

The volume of data gathered and communicated by connected devices is enormous. The higher amount of data generated by devices, the higher number of data leaks or any other risks your system can experience from outside entries.

When performing IoT testing, it is necessary to test credentials, passwords, and data interface to ensure that there are no risks for security breaches. Today, IoT engineers implement layered security, and with this process, they can get multiple levels of protection for the system and prevent the system from potential attacks or data leaks.

Too Many IoT Communication Protocols

But the most popular protocol that ensures the IoT device will communicate and perform well even in high latency and low bandwidth situations is MQTT (Message Queuing Telemetry Transport (MQTT).

However, due to the popularity of MQTT, it is crucial to ensure the security of this protocol as it is open to attacks and doesn’t provide excellent protection beyond the Transmission Control Protocol layer. Therefore, one should hire a diligent IoT testing service provider to assure that testing will perform rigorously. In addition, it ensures that the communication between controllers and disparate devices will happen more reliably and safely.

Due to the increasing number of connected devices, it becomes imperative to improve the standardization of an IoT system in different levels: platforms, standard business models, connectivity, and application.

Standardization for each IoT device should be uniformed while testing. Otherwise, your users can face severe problems at the time of connecting IoT devices with different systems.

For this, the IoT testing service provider should have detailed expertise in performing connected device testing based on the intended use or use case of the system. Also, there should be a uniform standardization for all levels of IoT systems before providing quality-based IoT products to end-users.

Numerous challenges occur while implementing IoT testing, but it is an exciting job if the testing service provider is ready to offer you end-to-end functional and non-functional validation services for different implementations.

The company should be certified to test IoT connected devices with a complicated mesh of devices, hardware, protocols, operating systems, firmware, etc. In addition, they should have industry best practices with IoT testing tools to address challenges that you face every day while using IoT systems.