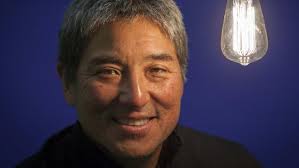 Market conditions require significant change and many organizations are using this driver as an opportunity to simplify their applications and data through rationalization and technology innovations such as Cloud Computing. Cloud is defined as any cloud service where consumers are able to access software applications over the internet. The applications are hosted in “the cloud” and can be used for a wide range of tasks for both individuals and organisations. Google, Twitter, Facebook and Flickr are all examples of SaaS, with users able to access the services via any internet enabled device. Cloud is also the fastest growing because it keeps pace with emerging and future business models than on-premise systems, the majority of which were designed for business models of the past.
The next step, moving towards virtual workspaces, can make organisations far more agile but only if those responsible for the IT (and in effect, the productivity) of the employees understand the relationship employees have with their devices and how these change throughout the day based on their personal preference – be it a smartphone for the train, a tablet device for a client meeting or a laptop for remote working at home.