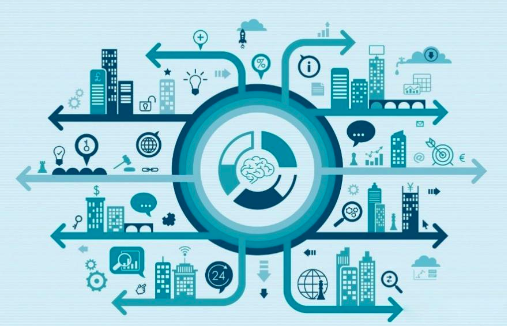 MEMS sensor (Microelectro Mechanical Systems) refers to an industrial technology that combines microelectronic circuit technology with micromechanical systems. Its internal structure is generally in the order of micrometers or even nanometers. Simply put, MEMS is to miniaturize the mechanical components of traditional sensors, and then fix the device on the silicon wafer through three-dimensional stacking technology, such as three-dimensional through-silicon TSV technology, and finally adopt special customized packaging forms according to different applications. Cut and assembled.

Advantages
1.) Miniaturization:
MEMS devices are small in size, and generally the size of a single MEMS sensor is measured in millimeters or even micrometers. Light weight and low energy consumption. At the same time, the miniaturized mechanical components have the advantages of small inertia, high resonance frequency, and short response time. MEMS have a higher surface-to-volume ratio, which can increase the sensitivity of surface sensors

2.) Silicon-based processing technology:
Compatible with traditional IC production processes: Silicon has strength, hardness, and Young's modulus comparable to iron, density is similar to aluminum, and thermal conductivity is similar to molybdenum and tungsten.

3.) Mass production:
Taking a single 5mm*5mm MEMS sensor as an example, about 1000 MEMS chips can be cut simultaneously on an 8-inch silicon wafer by silicon micromachining technology, and mass production can greatly reduce the production cost of a single MEMS.

5.) Multi-domain crossover:
MEMS involves a variety of disciplines such as electronics, mechanics, materials, manufacturing, information and automatic control, physics, chemistry and biology, and integrates many cutting-edge achievements in today's scientific and technological development

Application
1.) Medical field: Based on the MEMS acceleration sensor of VTI Company, a non-invasive fetal heart rate detection method is proposed, and an easy-to-learn, intuitive and accurate clinical diagnosis and pregnant woman between the fetal heart stethoscope and the Doppler fetal monitor are developed. Self-checking medical aids. The fetal heart rate is converted into an analog voltage signal by the acceleration sensor, and the difference is amplified by the instrument amplifier used for pre-amplification. Then a series of intermediate signal processing such as filtering is performed, and the analog voltage signal is converted into a digital signal with an A/D converter. The optical isolation device is input to the single-chip microcomputer for analysis and processing, and finally the processing result Sensor is output.

2.) The field of mobile phone photography: With the breakthrough of MEMS in volume and power consumption, the latest technology MEMS Drive senses the instantaneous jitter during the photographing process through the gyroscope, and relies on precise algorithms to calculate the movement range of the motor and make quick compensation. . This series of actions must be completed within one hundredth of a second, and the image you get will not be blurred by jitter.

3.) Motion tracking system: In the daily training of athletes, MEMS sensors can be used to measure 3D human movement, record each movement, and coaches analyze the results and formulate corresponding training plans to improve the performance of athletes.

4.) Prospects
It can be foreseen that large-scale downstream applications in the future will mainly use new consumer electronics such as AR/VR, and the Internet of Things such as smart driving, smart logistics, and smart home. As the perception layer, sensors are an indispensable part of the key basic physical layer. The rapid development of the Internet of Things will bring huge development dividends to the MEMS industry!