The advent of Industry has marked the rise of IoT - the Internet of Things as one of the most significant shifts in the global devices market. It refers to the use of internet connectivity among the electric devices and systems to execute a joint function autonomously.

We can find an uncanny resemblance to this concept in the movie Home Alone 4 (2002), where the idea of a smart home fad was beautifully narrated with its pros and cons that will turn into a reality soon. Two decades down the line, we are on the brink of the IoT revolution, which will result in increasing the living standards globally. Dive in deeper to explore the current happenings and future horizons.

The potential of IoT applications is widely recognized by both enterprises, retail consumers, and government agencies as it will integrate the cyber-physical systems with internet connectivity in order to interact with the surrounding through sensors and manipulating devices. Business Insider estimates the value of this tech innovation to be $1.7 trillion in the year 2019. The use of the Internet of Things will reduce the need for human effort in various tasks and provide controlled environments for achieving the desired results.

The investment done by the tech giants is illustrated in the below figure: 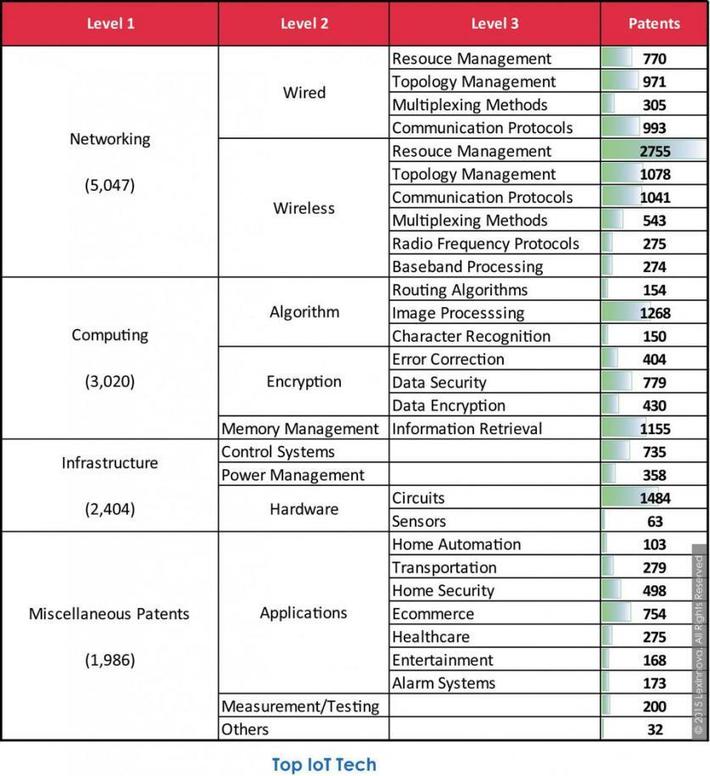 Some Famous User Cases Which are Expected to Take off Exponentially

The companies like ABB, Airbus, Shell, and the long-term IoT pioneer Caterpillar have been proactively pushing for such innovations in building safer workplaces that require fewer human interactions in hazardous work, which is also beneficial to the profitability of the business. It will also find great reception in predictive maintenance scheduling and inventory management.

The businesses are looking forward to replacing the GPS in order to increase the efficiency of tracking company-owned devices through internet connectivity. This will also reduce the lags in logistics and provide accurate details for the consumables, as in the case of printers. Another example would be integrating the payroll software with the employee vehicles to reimburse traveling claims.

The use of IoT to develop smart greenhouse farms with autonomous controlled environments will prove to be a boon for the agriculture industry as it will help in boosting crop production. Smart irrigation will control the soil quality, moisture content, atmospheric gas contents, and monitor plant health without any human intervention. The farm equipment will also be controlled in greenhouse farms with minimal need for human support.

They are one of the largest areas where the revolution is expected to unravel the disruption in the electronic devices market. Google Nest, Ecobee, and Netatmo being the big fishes in the business. Everything including from your regular home appliances like fridge, television, ambiance and temperature control system, music system, and utilities are connected over the internet and controlled by remote servers. The user can interact with them using their smartphones. The house security is also connected with the central system.

The effect on Living Standards

When we look at the current scenario, many of these tasks, when automated, the people currently dealing with hazards related to their respective fields such as heavy machinery or agriculture can work in a much more safer environment. Smart homes will increase the quality of life and help households in saving money since energy consumption is streamlined while providing a luxurious experience. Businesses will experience higher profitability and increased morale of the employees owing to the techno-savvy environment.

The Development of Newer Devices through Prototyping

Before the application is made, it is essential to test the reliability of all the devices since they will be used under different conditions and other manufacturer’s devices too. Also, the addition of newer devices shall also be considered. The use of prototypes in test conditions will prove to be an economical alternative to full-fledged testing. This will include the use of sensors and motion actuation systems with minimal cosmetic additions and cladding.

The following considerations will affect the development of future-ready electronic gadgets compatible with IoT applications:

The modern tech innovations such as AI, Cloud Computing, Blockchain, and the dawn of 5G connectivity will push the IoT movement along with the use of advanced sensors. Increased computing capacities will also contribute to data processing functionalities. However, the stakeholders in the industry ranging from vendors to maintenance personnel will have to cope with the advances in the technological aspects. The Internet of Things is also expected to be backed by academic institutions by covering it in the syllabi for creating a skilled workforce.

The author would also like to discuss the threats associated, which would pose a danger for the users. If the security provided isn’t adequate, ransomware attacks, stealing user information, altering device settings to provoke hazardous conditions are some of the worst-case scenarios. Hence, the vendors shall be conscientious about the security aspects along with the legal repercussions.

Your Piece of the Pie

A lot of new facilities and value additions to the existing devices and tools will boost the quality of human life, curb the problems caused due to the dangerous working conditions along with the health problems caused by them. It will find a broad spectrum of business domains, including smart cars to intelligent healthcare that will radically redefine our homes and workplaces alike.

The real potential is yet to be explored since the number of gadgets and tools is increasing day by day in each aspect of life. Be it economic or social backdrops, we will experience cost-optimization going hands in hands with unparalleled convenience, which is a rare phenomenon so far. We can also expect the Internet of Things crossing paths with other advanced technologies such as Artificial Intelligence, Big Data Analytics, and Edge Computing that will add value to their purpose in an exponential manner.

Divyang Metaliya is a Business Consultant at FactoHR, an India based HR and Payroll Software solution provider. He is a creative business strategist with more than 8 years of experience.