Around the world, the mobile application development industry is flourishing. In recent decades, it has significantly expanded its network and experienced a significant increase in market share. In the app development process, the technology stack is critical. Your project will be enhanced by the best technology stack, which will make it more scalable, maintainable, and committed to your functional needs. But how can you know which app development technology to put your faith in? This ensures greater security and gives it the ability to dominate the app store market. iOS app technology is one of the most appropriate choices that will work productively. Therefore, why not hire an iPhone app developer to create your business application with iOS.

We know that Apple has recently launched iPhone 13 along with announcing the release date of iOS 15. No doubt, this event of Apple has led to the increase in the sales of the iPhones and helped most of the iOS app development company to follow the new avenue by following these latest trends in the development of the application.

Here, we will describe the strategies that can help you in taking your business to the next level.

Importance of the iOS App Development in the Coming Time

The new update of iOS has brought up many new features and has improved the performance of the installed applications. Therefore, we have mentioned the prime factors that are beneficial for the iOS user.

According to the recent survey, it is estimated that by 2022, there will be more than 60 billion linked devices. Surprisingly, this is nearly six times the global population. Entrepreneurs, understandably, are quick to get on the IoT bandwagon in order to reap its benefits. It's simple to communicate with internet-enabled devices using customized apps on feature-rich iOS smartphones.

Hire iPhone app developer, to create apps that can increase the value of a client's business by incorporating IoT and other concepts. The emphasis should remain on secure data transmission through Wi-fi and signal detection from various sensors and linked devices.

AR will lead the Process

We are in the Post-Pokemon era and Augmented reality has grown in popularity beyond the game industry. AR apps with GPS can provide a great user experience. The retail and manufacturing industries are the most likely to benefit from this technology. The more powerful ARKit 5 in iOS will improve the performance of AR-based apps.

When businesses engage iOS app developers to create feature-rich and futuristic AR apps, the developers must meet a variety of requirements, including training, product demos, and so on. The ARKit 5 can assist them in accomplishing this goal. For an iOS app development company, customized AR app creation for businesses will be a significant trend.

Even two-factor user authentication isn't very useful in the face of the growing number of mobile data breaches. It's used in even the most popular iOS apps. Since the launch of the first iPhone, Apple has placed a premium on data security. This legacy has continued to this day, with the corporation launching cutting-edge data encryption technologies.

We may assume that security-related vulnerabilities will be resolved more rapidly with the release of iOS 15. You can hire an iPhone app developer to get new built-in security measures in your iOS applications.

Although Android has the largest share of the smartphone market, businesses prefer iOS apps to deploy BYOD and enterprise mobility. Real-time client engagement and dynamic data management are the causes. Furthermore, the iOS platform is ideal for CRM and complex data analytics. Many business-friendly features, like Group Notifications, Group FaceTime, and the Shortcuts app, are included in iOS 15. It provides the iOS app development agencies with additional opportunities. To design futuristic iOS apps, you must prepare to incorporate big data, IoT, and enterprise mobility as an iOS app developer.

In the iOS app development world, machine learning and Swift 5 Core Machine Learning (Core ML) are buzzwords. This machine learning framework was released by Apple to help with functions such as Camera, QuickType, and Siri. When it comes to automating processes, businesses want to use cutting-edge machine learning, which iOS app developers can provide with the aid of customized and interactive corporate iOS apps. Swift is also becoming more sophisticated over time. Swift 5 has simplified and accelerated both encoding and decoding.

Future technologies such as augmented reality, virtual reality, and the internet of things are poised to aid the custom iPhone app development process in creating a sophisticated and user-friendly app. With new and powerful capabilities, the latest iOS 15 version will change the face of iPad app creation and Apple Watch app development. Therefore, to enjoy the new features of iOS 15, hire iPhone app developer. I hope that these pointers will help iOS app developers keep up with the times. 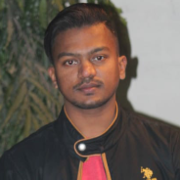 Hitesh Chauhan is a senior mobile app developer who is working with a leading Mobile App Development Company for several years. He has been the key person behind many successful projects. He has a keen interest in impounding his knowledge through blogs.