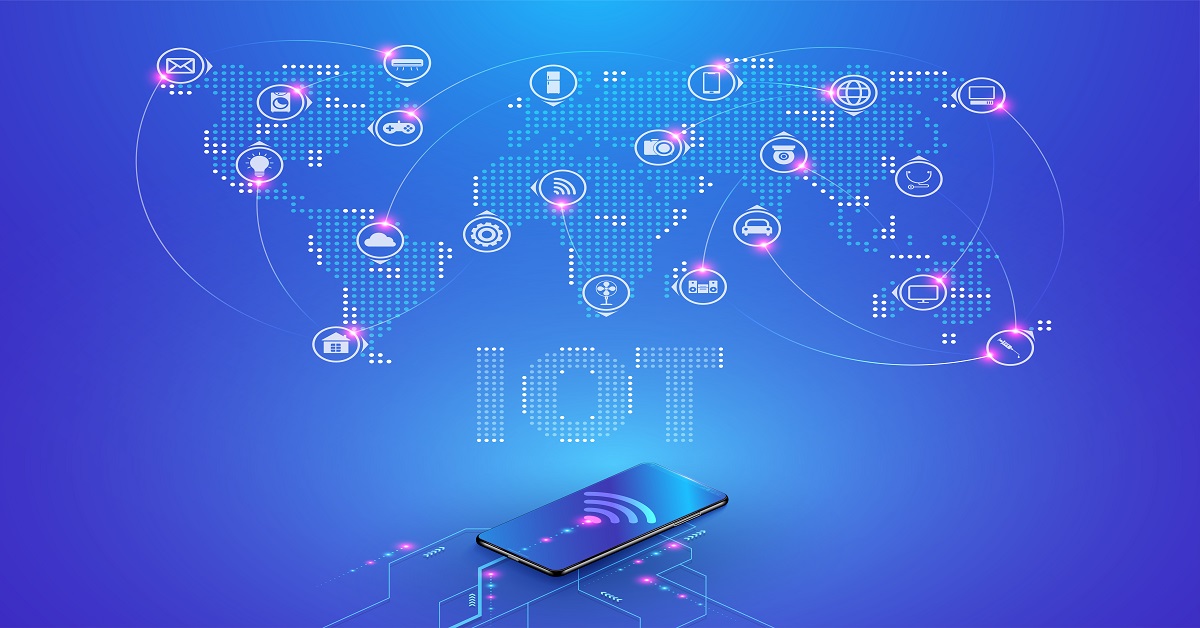 Is it not amazing how we all started living in a hyperconnected world without even realizing it? It all started with internet access on smartphones. Now we have digital assistants that can turn on the lights and set the preferred temperature at home even before we arrive. We can work, have fun, and socialize through our phones and connected devices. Now the cities are embracing advanced technology to inter-connect various functions and improve the usage of infrastructure, energy, utilities and public services to elevate the quality of living. This digital phenomenon that we are experiencing in our day to day lives is the Internet of Things (IoT).

Internet of things is popularly known as IoT. IoT refers to a hyperconnected digital ecosystem where human-to-human or human-to-computer interaction is enabled through the internet network. The machines, humans, objects are allotted Unique Identifiers (UIDs) through which they can interact, perform within the digital ecosystem.

For example, a sensor installed in the farm may alert the farmer when soil moisture is not within the normal range or anything else that requires the farmer’s urgent attention. Similarly, a chip in the car’s tire may alert the driver when the pressure is low. This may save him from a flat tire. Or it can be as simple as your refrigerator telling you to bring milk home when you run out of milk.

In the IoT universe, everything is assigned an Internet Protocol (IP) address. This IP enables them to communicate and transfer data they acquire from their surroundings using an IoT gateway or devices.

A projection by Statista suggests that the market of IoT will breach the benchmark of 1 trillion USD in 2030. It indicates more than 100% growth just within a decade. The study further suggests that the number of IoT connected devices worldwide will triple during this period. IoT technology and devices will be consumed in almost all industry verticals and consumer markets.

Statista forecasts that by 2030, the world will have more than 8 billion IoT devices. IT will be mainly used in electricity, gas, steam, AC, water supply, waste management, retail, wholesale, transportation and storage and government functioning. Currently, smartphones are the most used devices for IoT, but the future will see several innovative devices that will transform the experience of living.

IoT will usher in an era of connected vehicles, payment terminals and automation that will reduce human intervention in the day-to-day process and elevate the quality of life by creating an efficiently connected world.

How will IoT Impact Businesses?

An assessment from GlobalData’s Thematic Research indicates that giants like Tesla, Amazon, Qualcomm, Samsung have realized the importance of IoT way before the others and they are best positioned to take optimum advantage of this technology especially in the automotive sector.

Statista’s report suggests that businesses across the globe are embracing IoT to increase cyber security, reduce operational costs and improve efficiency. In 2019 only, 120 billion USD were spent on IT security. Worldwide governments have also increased their spending after smart city initiatives and IoT technology.

These developments indicate that IoT is a major emerging trend. The companies that will match steps with the changing trends will have a competitive advantage over others. If you own a business, the time to look for an IoT solution company is NOW.

While reducing human intervention and providing enhanced personal autonomy, IoT companies are also working towards finding sustainable, environment-friendly solutions. Several IoT companies are working towards creating a future with minimized waste and optimized use of energy. This is done by predicting maintenance activity, reducing downtime and finding ways to reuse and recycle. In smart cities, waste management is a segment wherein IoT is greatly contributing.

From your baby monitor to your digital locker to your car, everything will be connected through IoT devices for an enhanced living experience and better security. At present, many IoT devices such as wearables do not have strong security measures in place. The more connected world is also prone to cyber attacks from many directions. The IoT companies are actively working to enhance the safety and security of IoT devices. This suggests that in near future, we will be living in a more secure digitally interconnected world.

IoT connects people, devices, systems but when it is combined with other emerging technologies such as Artificial Intelligence (AI), it can work wonders. For example, AI can provide valuable insights from the data collected by IoT devices. Without it, the data is of no use. The tech companies are merging IoT with various technologies like AI, ML (Machine Learning) to get actionable insights to derive optimum benefits.

More connected devices also mean more pressure on the cloud infrastructure and rising maintenance costs. Realizing this emerging challenge, tech companies have already started looking for alternatives to a centralized network to reduce dependency on a single network. Experts believe that the blockchain approach will prove to be a game-changer.

In a nutshell, IoT is a prominent, inescapable technology trend that is going to shape the way we live and work. If you want to be a frontrunner, the sooner you embrace it, the better.