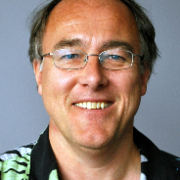 Wi-Fi, NB-IoT, Bluetooth, LoRaWAN… This webinar will help you to choose the appropriate connectivity protocol for your IoT application.
Connectivity is cool! The cornucopia of connectivity choices available to us today would make engineers gasp in…
See More

It’s no secret that I love just about everything to do with what we now refer to as STEM; that is, science, technology, engineering, and math. When I was a kid, my parents gifted me with what was, at that time, a state-of-the-art educational…
See More

Happy Friday (or whatever day it is when you find yourself reading this). I’m currently bouncing off the walls in excitement because I’ve been invited to host a panel discussion as part of a webinar series — Fast and Fearless: The Future of IoT…
See More Well, this isn’t something I expected to be talking about today, but my chum Ben Cook just introduced me to something that looks rather cool.
Ben is the Founder and Director at Airspeed Electronics Ltd., which is an electronic design consultancy…
See More OMG! Three 32-bit processor cores each running at 300 MHz, each with its own floating-point unit (FPU), and each with more memory than you can throw a stick at!In a recent column on Recreating Retro-Futuristic 21-Segment Victorian Displays, I noted…
See More As small as a postage stamp, the Seeeduino XIAO boasts a 32-bit Arm Cortex-M0+ processor running at 48 MHz with 256 KB of flash memory and 32 KB of SRAM.A couple of months ago, I penned a column, The Worm Turns, in which I revealed that — although…
See More It’s been a long time since I performed Karnaugh map minimizations by hand. As a result, on my first pass, I missed a couple of obvious optimizations.I’m sorry about the title of this blog, but I’m feeling a little wackadoodle at the moment. I think…
See More Arduino Mega footprint; three 32-bit cores all running at 200 MHz; 4 Mbytes of Flash and 500 Kbytes of RAM; works with the Arduino IDE; what’s not to love?I tend to have a lot of hobby projects on the go at any particular time. Occasionally, I even…
See More

"Hi Jacob -- Max here -- the BreadShield is great, I love it to bits, but sometimes my prototypes need more than one breadboard. The folks at LogiSwitch.net took this two steps further with their WorkBench by bringing out all of the power, ground,…" 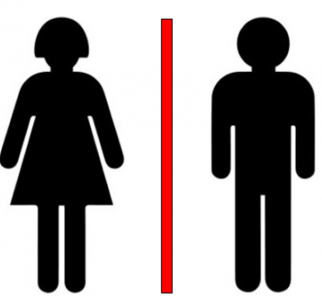 All the representations I’ve seen regarding social distancing guidelines for engineers have depicted what appear to be two male members of the species, which is “So mid-20th century, my dear!” I’ve said it before, and I’ll say it again, there’s…
See More

Clive “Max” Maxfield received his B.Sc. in Control Engineering from Sheffield Hallam University in England in 1980. He began his career as a designer of central processing units (CPUs) for mainframe computers. Over the years, Max has designed all sorts of interesting “stuff” from silicon chips to circuit boards and brainwave amplifiers to Steampunk Prognostication Engines (don't ask). He has also been at the forefront of electronic design automation (EDA) for more than 30 years. Max moved to America in 1990. Max´s numerous technical articles have appeared in a wide variety of electronics and computing magazines, and he has held contributing editor and executive editor positions for many of these publications. Already a noted author of over a half-dozen books, Max is always thinking of his next project. He would particularly like to write for teens, introducing them to engineering and computers in a fun and exciting way. For this is what sets “Max” Maxfield apart: It is not just what he knows, but how he relates it to the learner. Max´s enthusiasm is palpable, and perhaps this is why he is also a much-sought-after speaker at technical conferences around the world.

My Web Site Or LinkedIn Profile: